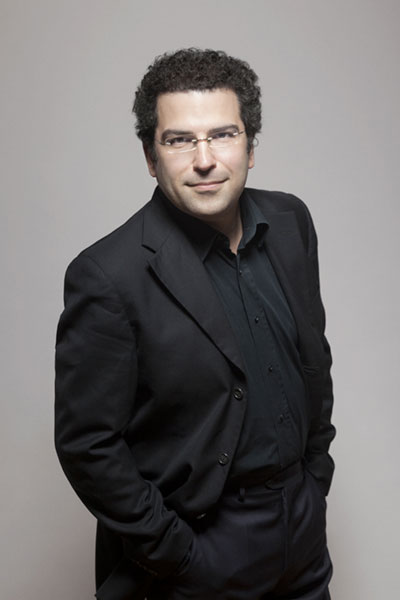 Harpsichordist Marcello Di Lisa is the founder and conductor of Concerto de' Cavalieri which, under his direction, has rapidly come to be recognised as one of the leading Italian period instrument orchestras. He completed a PhD in Philology and Greek and Latin Literature at the University of Pisa, and collaborated with major journals in the field of ancient philosophy, studying at the same time piano, harpsichord and composition.

Passionately dedicated to the rediscovery of forgotten works from the Italian Baroque, he has premiered several operas and serenatas, including Alessandro Scarlatti’s Erminia, Nicola Porpora’s La Iole and Vivaldi's 1720 Tito Manlio, that were recorded and broadcast live by major international networks.

Marcello Di Lisa has also planned and carried out numerous recordings for Sony and Cpo to critical acclaim. In the field of musicological research, he is engaged in study of the late 17th and 18th century Roman musical heritage, with particular attention to the unpublished works of Alessandro Scarlatti.